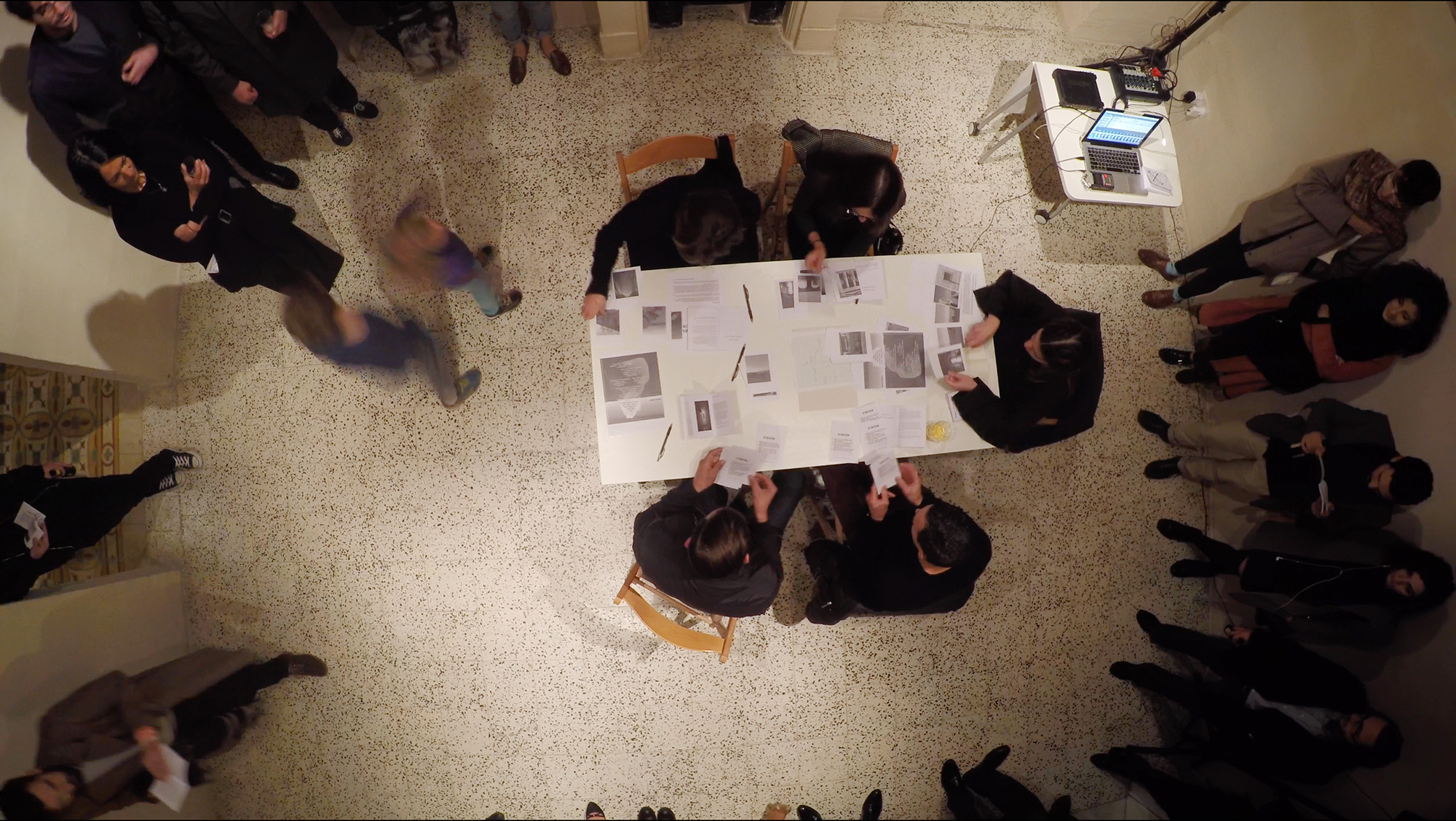 Claire Tolan presents and performs works created during her month-long stay in Malta. At the centre of the evening will be a public performance of a new table-top role-playing game (RPG), SPECULATORS IN SHUSH.

SPECULATORS IN SHUSH extends the creation myth of Tolan’s company of soothing, SHUSH SYSTEMS, deploying it in a Dungeons and Dragons-esque game-as-interactive-performance.

SPECULATORS IN SHUSH included an exhibition of the materials that Tolan created in preparation for the game, as well an audio tour that guides attendees through the installation and into the space of the game itself. Finally, there will be a small sound installation of Tolan’s existing work.

Since 2014, Tolan has worked extensively with ASMR, Autonomous Sensory Meridian Response, on the radio and in recording, installation, writing, and performance.

Tolan’s recent work moves away from ASMR-as-tingling-phenomenon, focusing instead on rituals of soothing via interactive performances and recordings. How is the individual soothed in the face of the anxiety triggered by complex systems like states, finance, and climate change? And, if we break this soothing into a taxonomy of coping mechanisms, spin the mechanisms around, and perform them collectively as rituals, can we change our understanding of these systems? Could we even develop more strategic, empowered ways of encountering them?

On 5 March, 2016, the first performance of DIE SPEKULANTEN VOR DEN SIEDLERN VON SHUSH (dSvdSvS) is performed at Blitz in Valletta, Malta. SHUSH SYSTEMS strategist CLAIRE TOLAN presides as the game’s SHUSH MASTER. Four or five players create SPECULATOR characters during the first half of the performance. In the second half of the performance, the new SPECULATORS begin the expedition. The SEED SPHERE of dSvdSvS is the FIELD OF SHUSH, as described in the first pages of this pamphlet. While dSvdSvS is ongoing, other attendees are guided through the SPECULATOR creation process by an audio tour that moves listeners through the BLITZ gallery. The attendees are instructed to create their own SPECULATOR characters using the resources and forms in this pamphlet, as well as supplementary VISION and FORTUNE cards distributed throughout the gallery. At the close the tour, attendees may choose to sit at an open table and begin to play the game. In this case, one among them must feel called to preside as the game’s SHUSH MASTER. Attendees are asked to observe the HIGH WRIT OF SHUSH, which stipulates no voice in the FIELD OF SHUSH shall register above a whisper.

Claire Tolan is an American sound artist living in Berlin. Tolan hosts “You’re Worth It,” an ASMR programme on Berlin Community Radio. She is trained as an archivist and a writer; she works as a web developer. She is a strategist with SHUSH SYSTEMS, with whom she is currently developing a series of tabletop role-playing games, to be presented as sound performances: DIE SIEDLER VON SHUSH (dSvS) and DIE SPEKULANTEN VOR DEN SIEDLERN VON SHUSH (dSvdSvS).