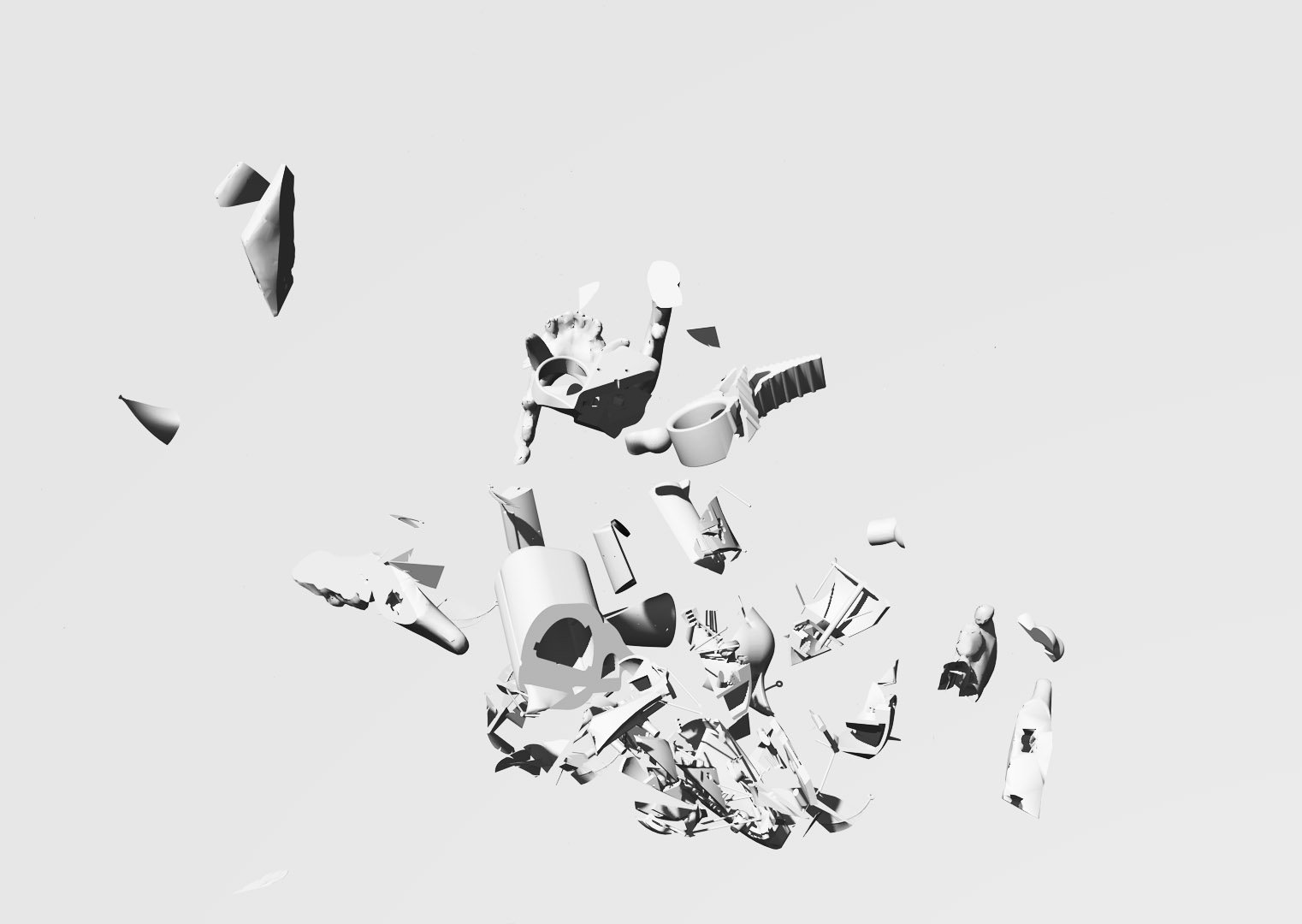 Harry Sanderson presented his latest work Trash Horizon (plateau of productivity) as the culmination of his four-week residency in Valletta.

The Hype Cycle is a graphical model developed by the technology research firm Gartner. It is used to represent the phases a new technology goes through, from its inception to mainstream market adoption. This last phase is termed the ‘plateau of productivity’. By this point, unrealistic, utopian or liberating potentials have been set aside, and the technology in question has found the commercial application to which it is best suited. If we consider that the commercial success of a technology can be measured by the size of its contribution to global waste, carbon emissions and environmental degradation, then this ‘plateau’ may be conceived of as the moment when a technology begins to produce objects which functional for a short time as commodities, before becoming waste objects. In the case of plastic manufacturing for example, these trash objects find their way into the geological flows of the planet, where environmental factors cause them to break up into progressively smaller parts. Gradually they congregate as gigantic composite structures such as the Pacific trash vortex, a giant conglomeration of plastic, chemical sludge and debris bound together by the currents of the North Pacific Gyre.

Trash Horizon proposes a way to visualise the pullulation of 3d printable objects online in a way that draws comparisons with other sites, terrestrial and extraterrestrial sites of waste aggregation (what Rem Koolhaas called Junkspace) such as the Pacific vortex, or the half a million pieces of human debris in orbit.

Since the distribution online of The Liberator, the first 3d printable handgun, 3d printing has seen an explosion of interest with sites such as The Pirate Bay and Thingiverse hosting ever expanding libraries of polygonal meshes awaiting actualisation as physical plastic waste. In this work objects are randomly downloaded from these libraries and then dropped into a simulated virtual environment where they fracture apart upon contact with each other, decomposing into individual polygons.

The viewer is positioned in the midst of these fragments, in a simulated endless horizon, an atmosphere without a planet. The work makes use of video game architecture, rendering the physics and interactions of the objects in real-time. Visitors to the gallery have the opportunity to take control of a player character and navigate this environment, inspecting objects as they collide with them and perhaps trying to determine their origin or one-time potential use. 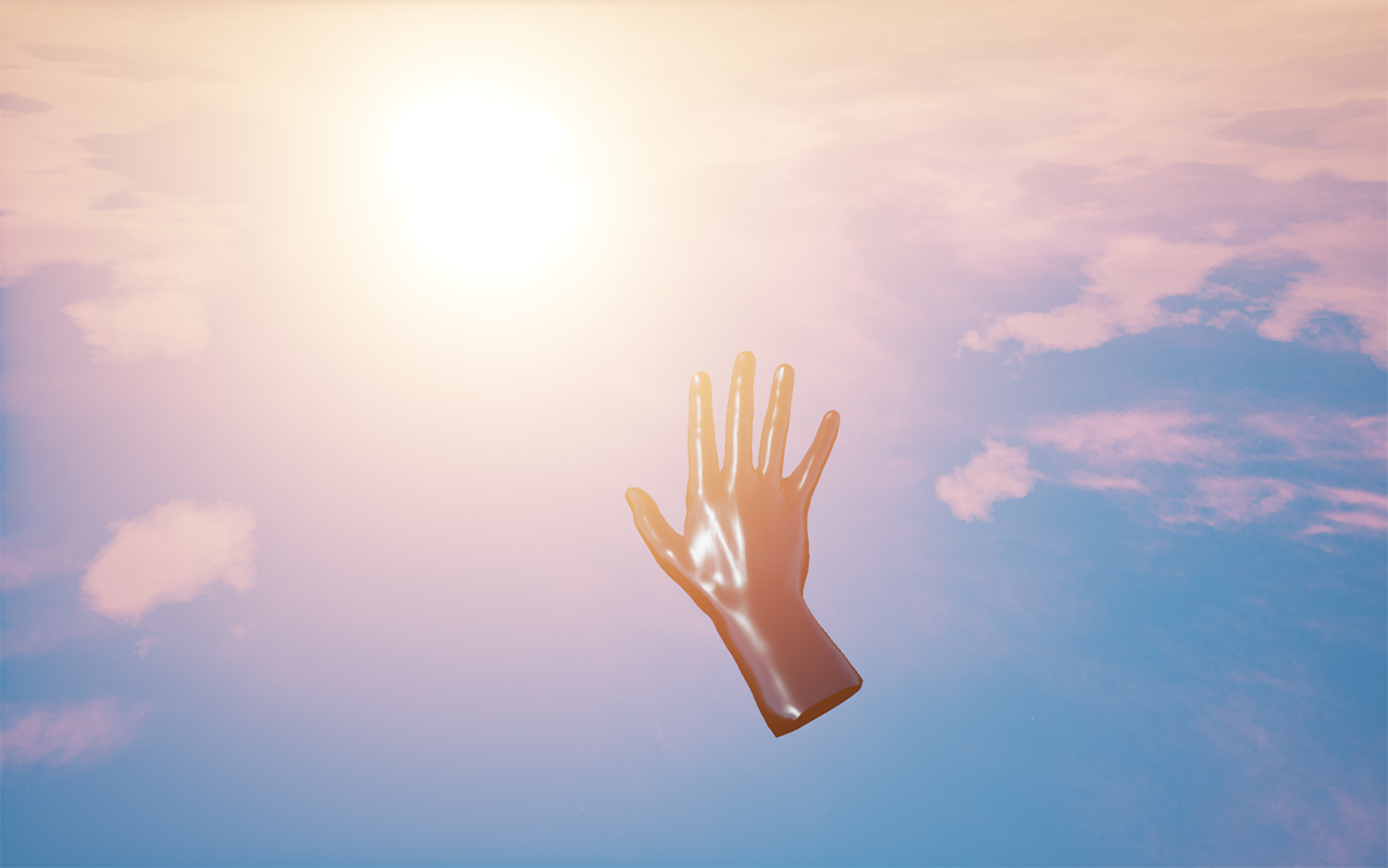 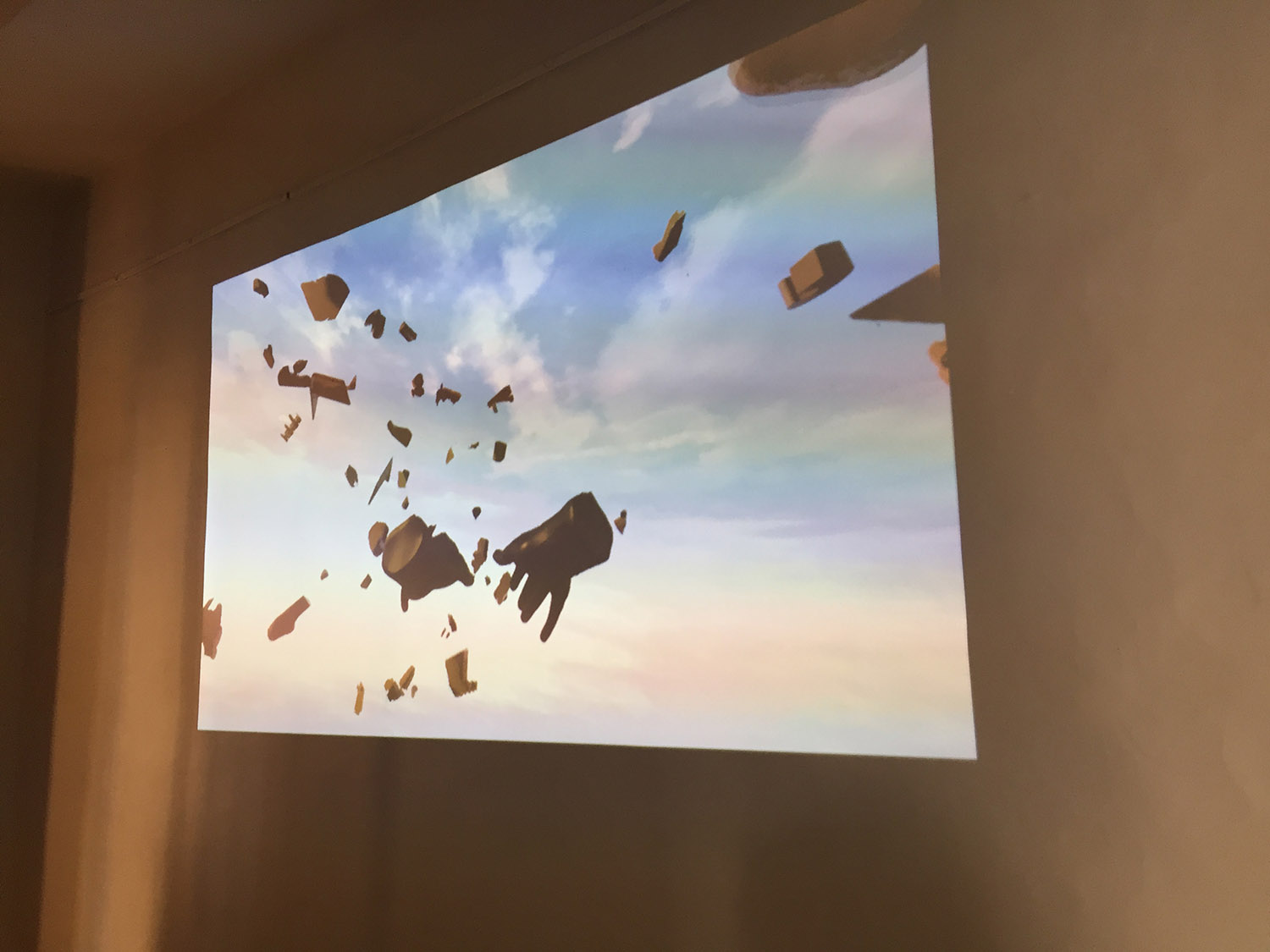 Recently named one of the artists to look out for in 2016’, by i-D, Harry Sanderson is a London-based artist working mostly in digital, video and installation. His main focus is the labour embedded languages of visual cultures. Sanderson graduated from Central Saint Martins University of the Arts London in 2013, and received the NearNow fellowship, Nottingham in 2014. Recent exhibitions include ‘Solid State; Sunlight’ at Levy|Delval, Brussels, ‘Exponential Anything’ at The Photography Museum, Berlin and ‘Searching for Devices’ at Basis, Frankfurt. For the last two years Sanderson has been using caustics (rays of light reflected) to fix a digital image onto a wall through the use of algorithms and CNC milling machines. The works create an encounter with an image that seems to consist of nothing more than a light source and a transparent screen, while the source of the image remains invisible. The intention is to awaken a desire to understand how a system of representation functions and, beyond its practical functionality to question the material cost and labour behind it. The artworks are both sculptures and images; they inhabit the space between digital representation and physical form, described by Sanderson as, “a painful intermediary zone, between a purely ideal imaginative space and the physical world digital representation models and simulates.”