Face With Tears Of Joy 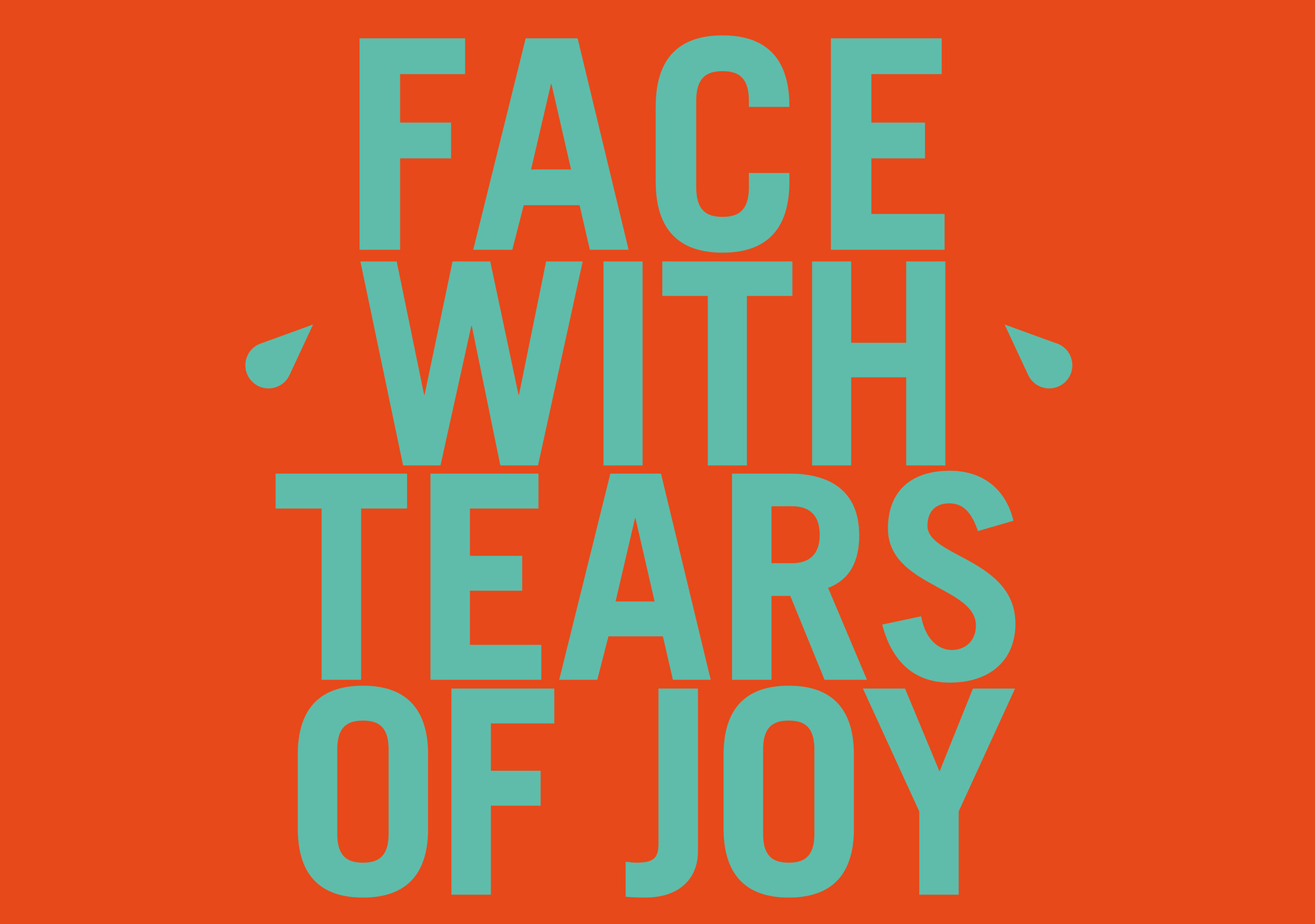 The exhibition Face with Tears of Joy takes its title from the emoji that goes by that name, which was dignified with Word of The Year status by the Oxford University Press in 2015. That is when a playful and inconclusive image defied the exactitude of the written word. The foundations of this conceptual flip can be traced back to the 90s, when computer culture turned from professional to amateur, as it inserted itself into all territories of human creation, becoming the first truly global stage for communication, storytelling, knowledge production, and distribution.

To achieve commodity status – and thus commercial success – computer technology and its interfaces had to undergo a gradual transformation. They had to become likable, user-friendly, and quite simply, easy. Inspired by this phenomenon, the exhibition brings together nine international artists – Cory Arcangel, Simon Denny, Andy Holden, Maurice Mbikayi, Alexandra Pace, Rob Pruitt, Paul Sochacki, Amalia Ulman, and Serena Vestrucci – whose work delves into the challenges of language in a globalized world, and the accompanying shift from actual words to pictorial signs that are joyful yet ambiguous. They defy criticism and open up to interaction and participation in a way that we have never experienced before.

If the role of emojis, gifs, memes, social media, and videogames in our lives is unquestioned, what it yet unknown is how decisively they have nurtured new unprecedented imageries with modern hieroglyphics, pictorial forms for the spoken world. Also, their expansion into semantics and pictures runs parallel to, and flirts with, a desire for immediacy and a growing intransigent rejection of complexity in the world we know. This is why, in a coming of age characterised by hypercirculation, crowd creativity, and booming populism, one wonders if they have helped transform an audience of adults into one of eternal kids and adolescents.

Back in the Old World, artists were the only adults allowed to look at and be inspired by children. At the end of the 1850s, influential art critics like John Ruskin and Charles Baudelaire encouraged aesthetic throwbacks to childhood for artists to recover freshness and innocence. The cliché of the eyes of the child now applies to everyone. Thus, what once only mattered in terms of artistic representation and creative freedom from academic conventions has now expanded to all levels of culture and communication. But what happens when every message, personal or public, can have multiple interpretations ranging from serious to teasing? What present reality and future can we build?

As politics, entertainment, business and culture blur into one crowded category of quips and facts, bouncing from reality to social media and back, artists too fall into line. Spelunking the consciousness of our times, they seem to embrace the second rule of Saul Alinsky’s influential book on social change, Rules for Radicals: “Never go outside the experience of your people.” From analog-born digital-converted new children to the digital natives who have experienced no other world, this exhibition is for everybody. 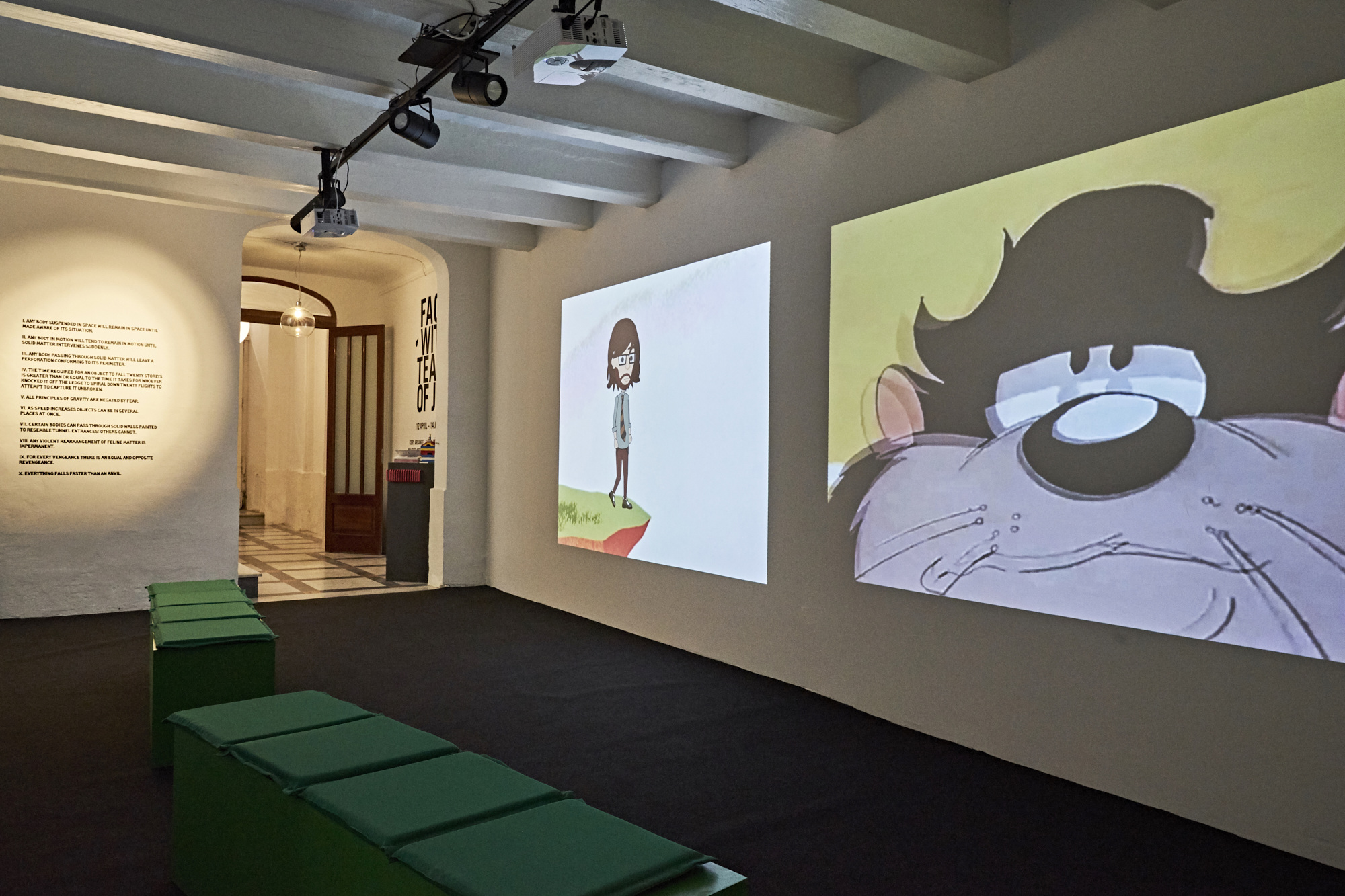 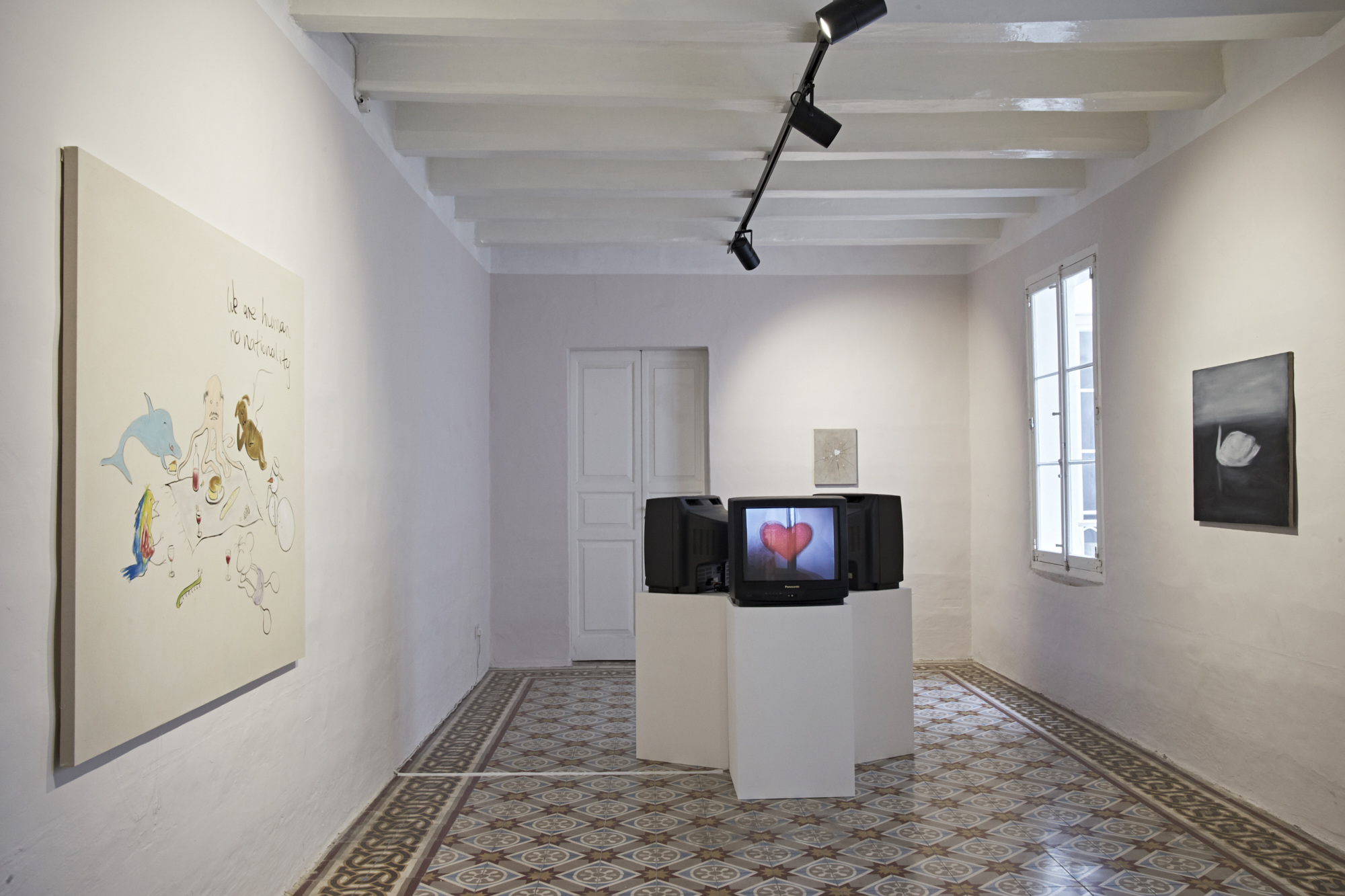 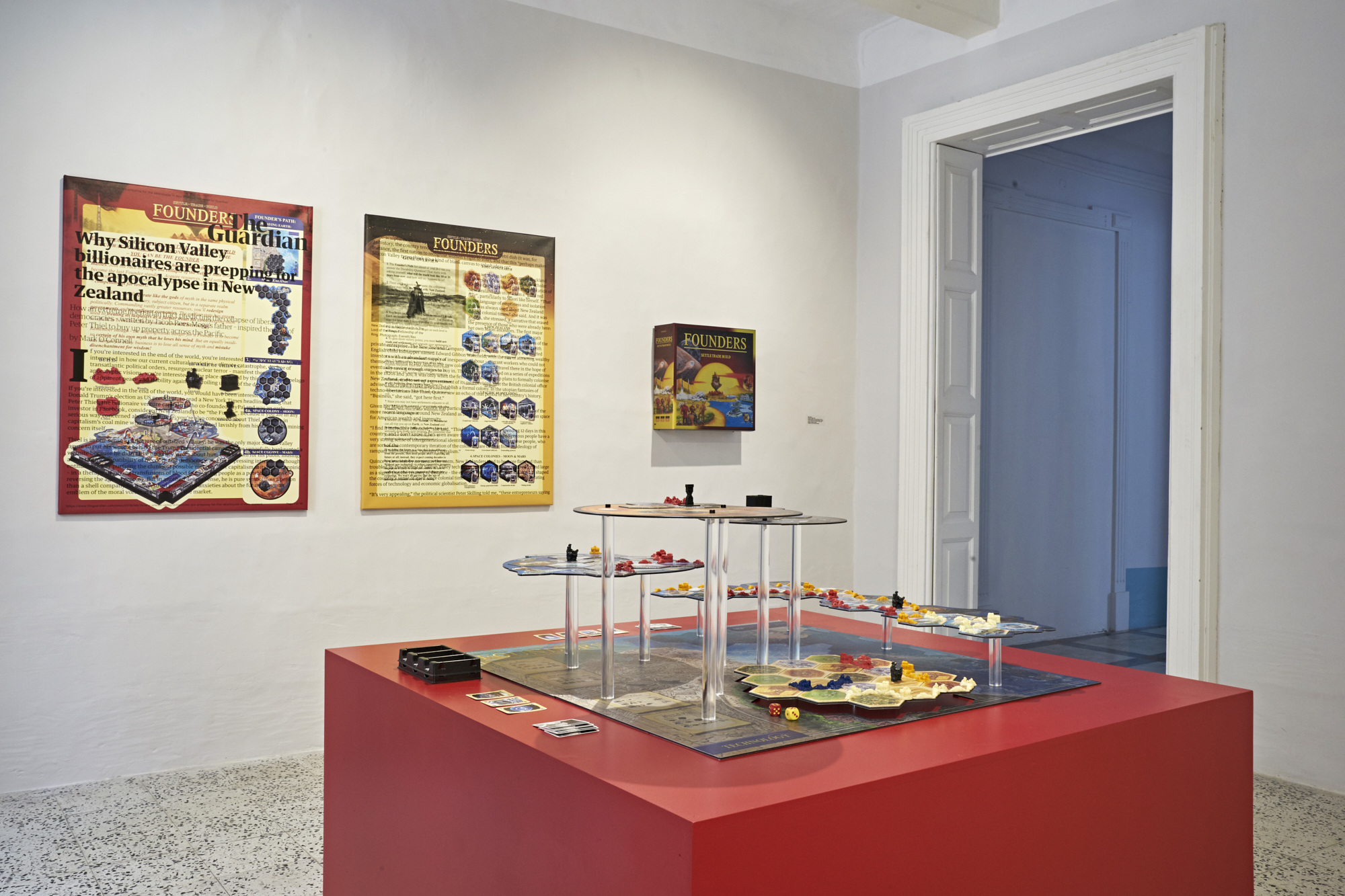 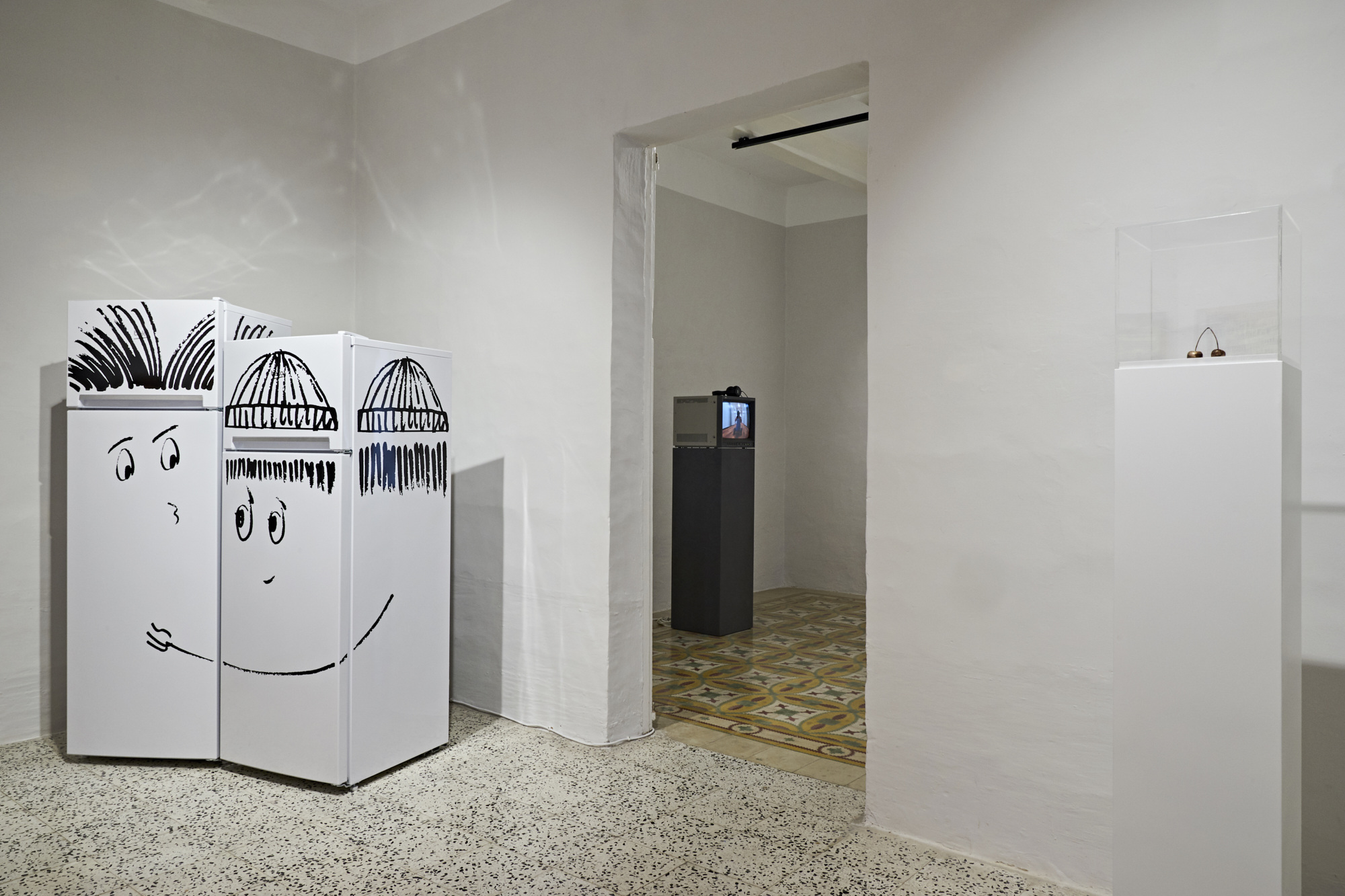 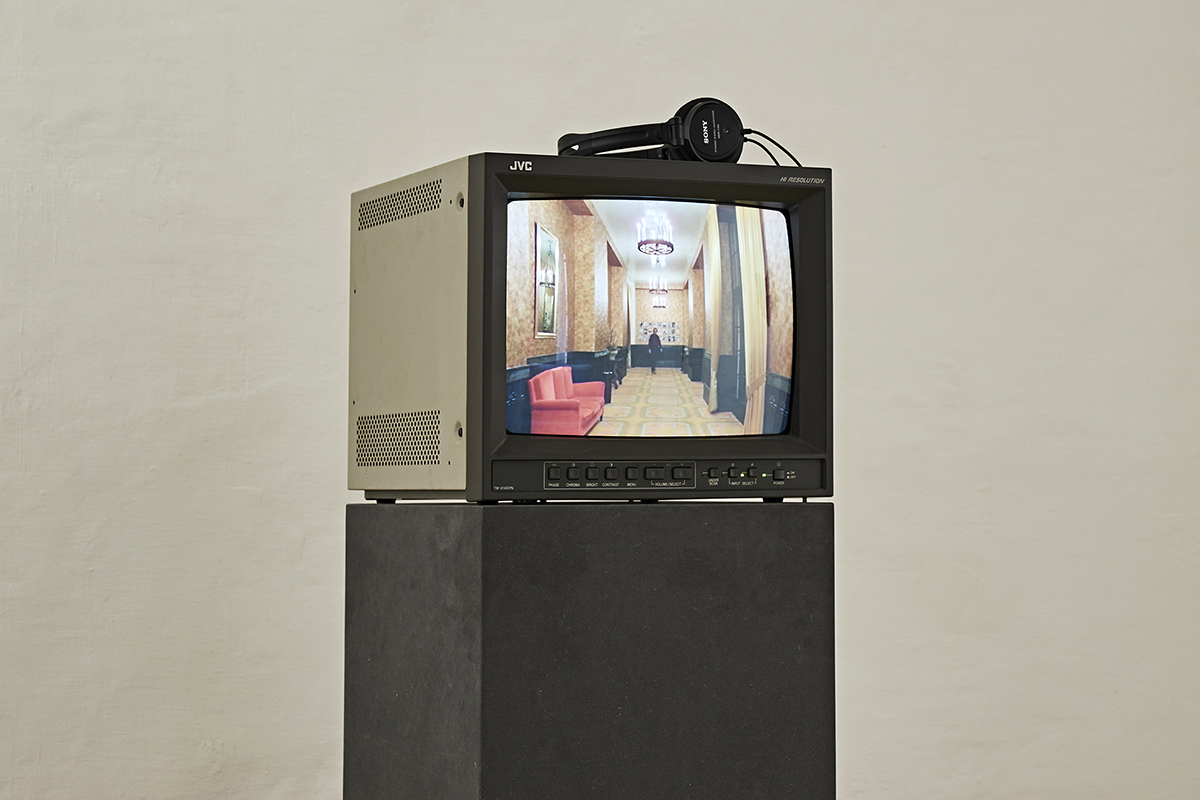 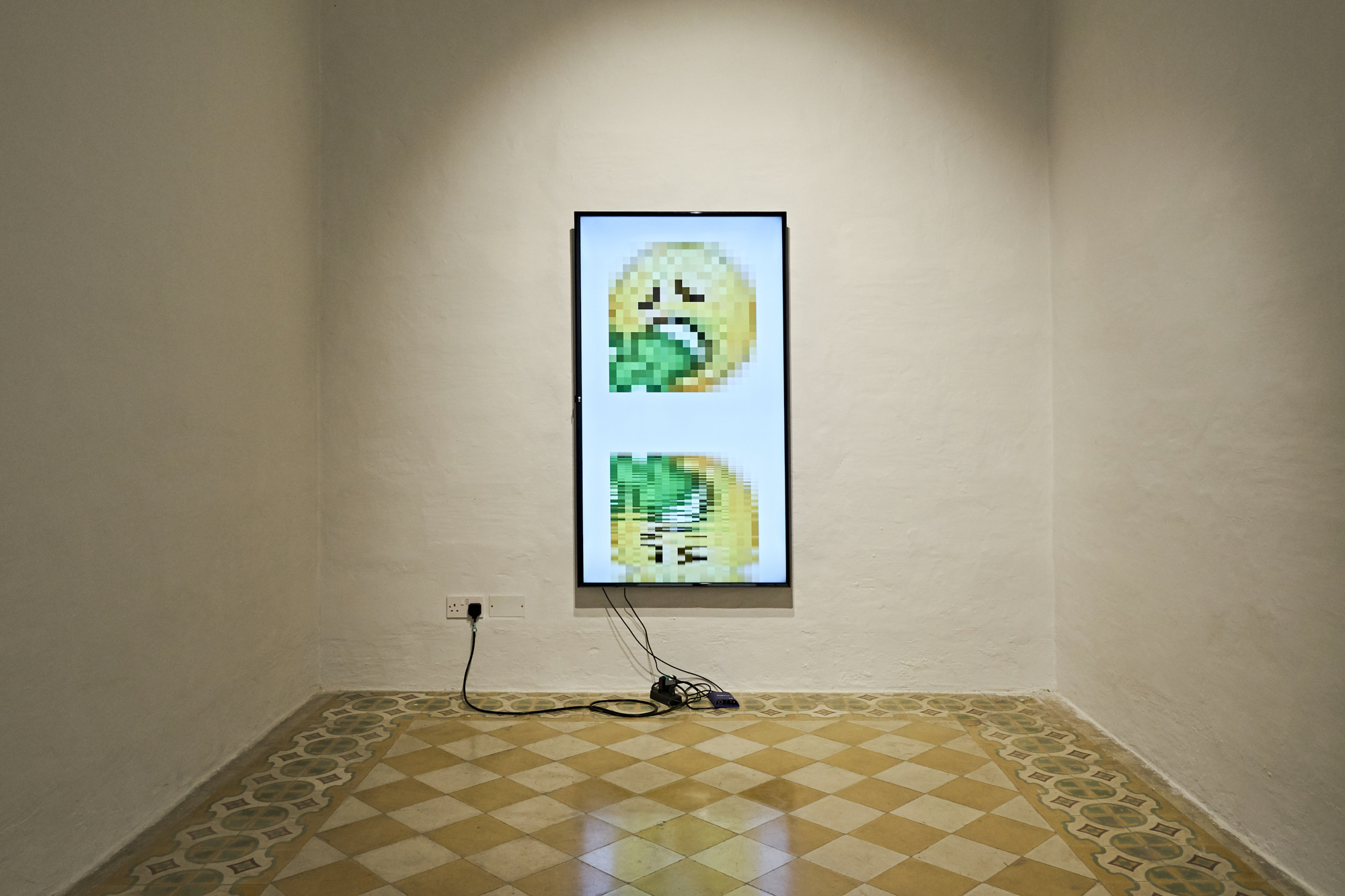