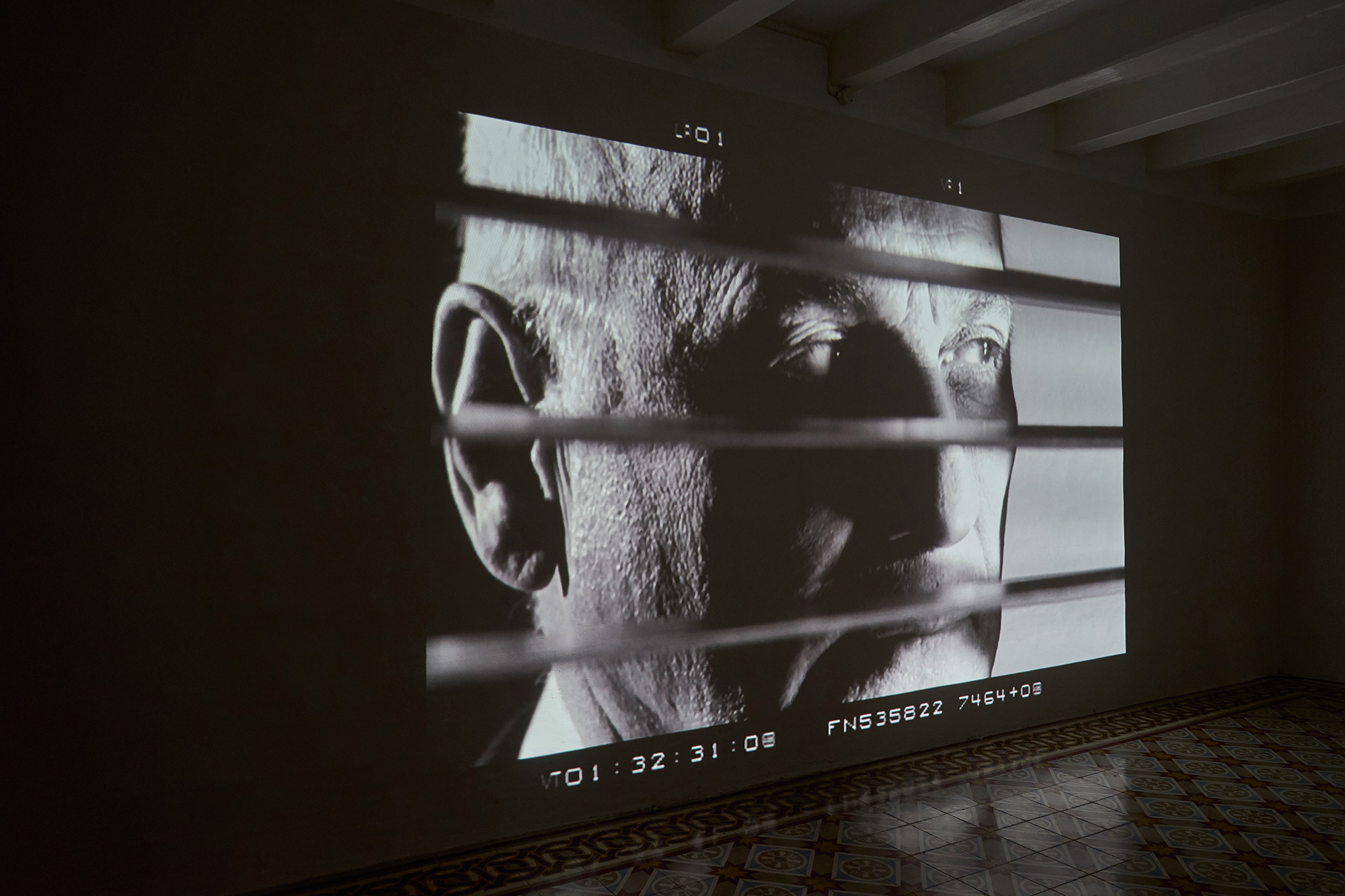 Three Works and A Script is an exhibition of artist Rossella Biscotti developed for Blitz. The title, presented in an unusually forensic, essential form, simply communicates what the spectator will find in the art space.  It is the first clear and straightforward step into the practice of Biscotti, whose attitude towards society is mediated by an investigative, inevitably multidisciplinary methodology, where each work is an excerpt of a larger inquiry into the present time. Biscotti’s quest for confrontation between individuals and society on the battleground of contemporary art has led her to delve into topics like identity as a collective portrait, unique stories vs demographics and statistics, as well as migration within the broader field of social change.

Rossella Biscotti explores modern society reclaiming moments in our present or recent history that unveil the relation between individuals and the power structures that interfere with their identity and freedom. Every artwork is a context-specific project embedded in a different social reality, taking her practice to new territories she commits to through long-term collaborative research. In more than ten years of artistic practice, she has sourced expertise from a wide spectrum of disciplines including law, science, engineering and economics.

At Blitz, the exhibition takes off with her seminal work The Undercover Man (2008), a short film about FBI agent Joseph Pistone – also known as Donnie Brasco – as he mechanically re-enacts his testimony against the mafia after serving undercover for six years. It continues with a major display of works from the series The Journey (2016-2019) – including a wall painting, two blueprints, a slideshow and a map. The Journey is an ongoing work in the Mediterranean Sea between Italy, Libya and Malta, where during the upcoming year the artist will perform and chronicle the sinking of a block of Carrara marble.

The work Acquired Nationalities (2014), by contrast, is a Jacquard-woven textile from the series 10×10 which questions the relation between statistics and reality, modernism and abstraction. Finally, Alfabeto (2018), a series of twelve photographic prints premiering at Blitz, is an homage to pioneer photographer of movement Eadweard Muybridge, and portrays how the loss of a natural skill such as walking can be relearned with the aid of a machine. 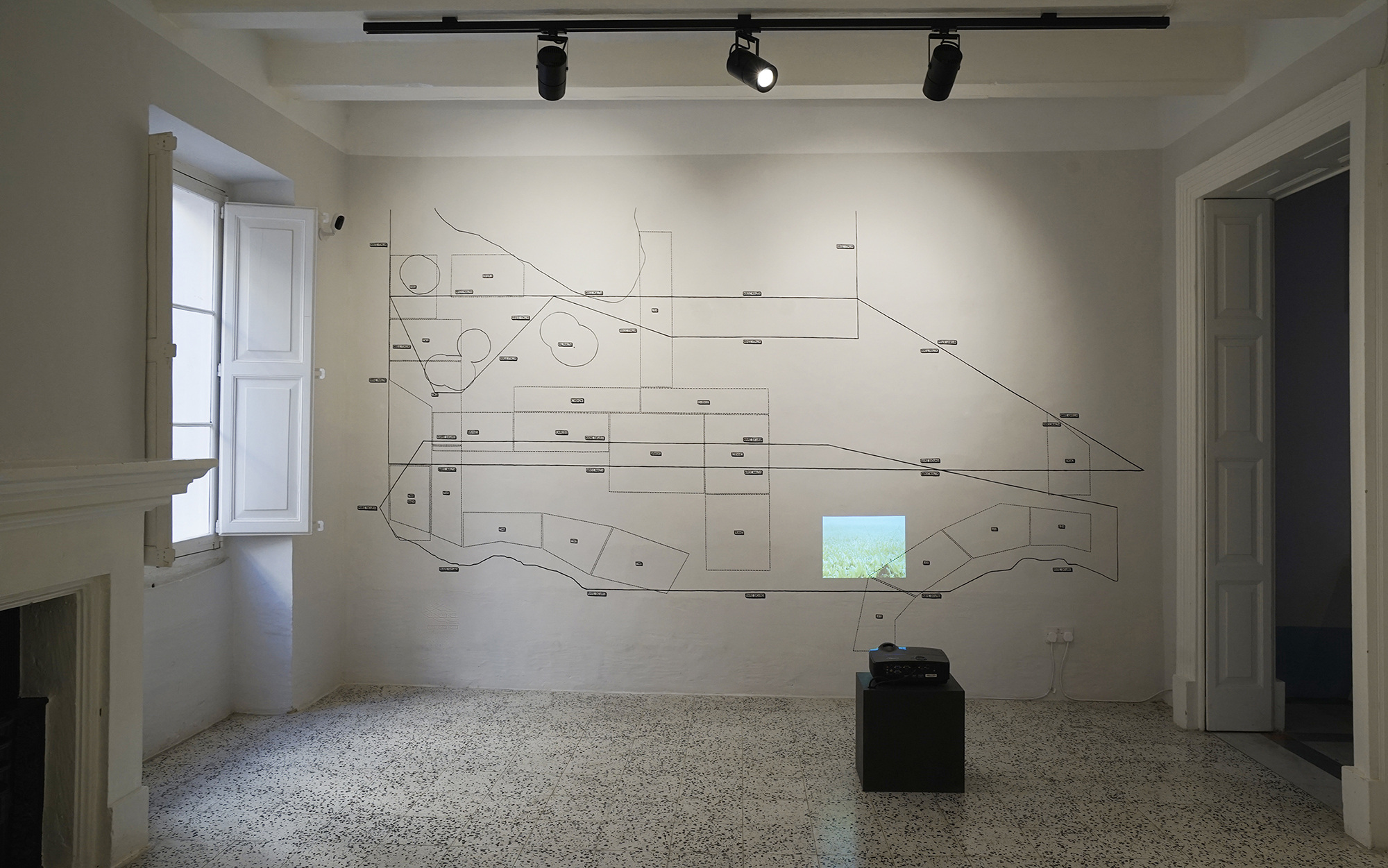 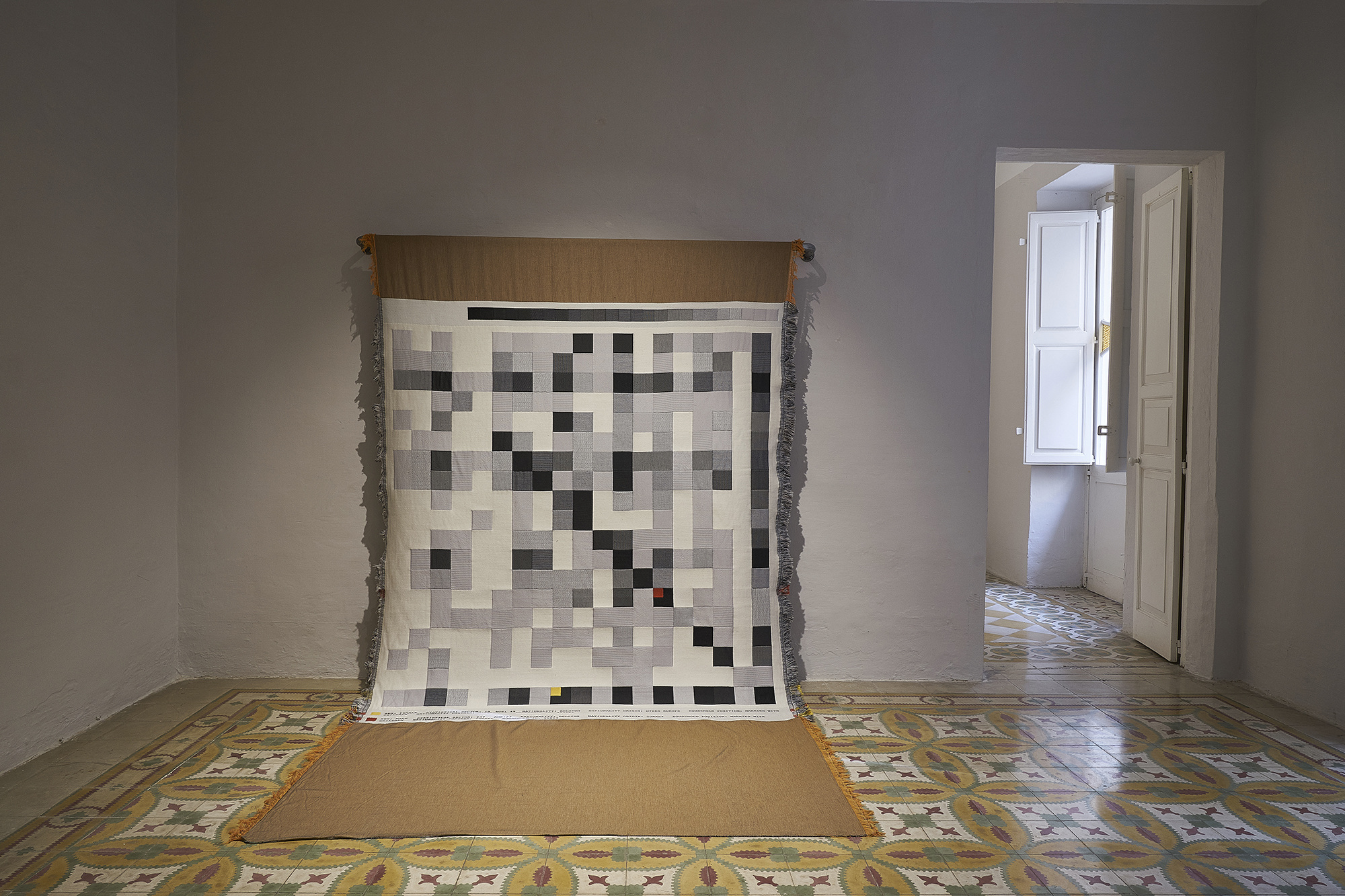 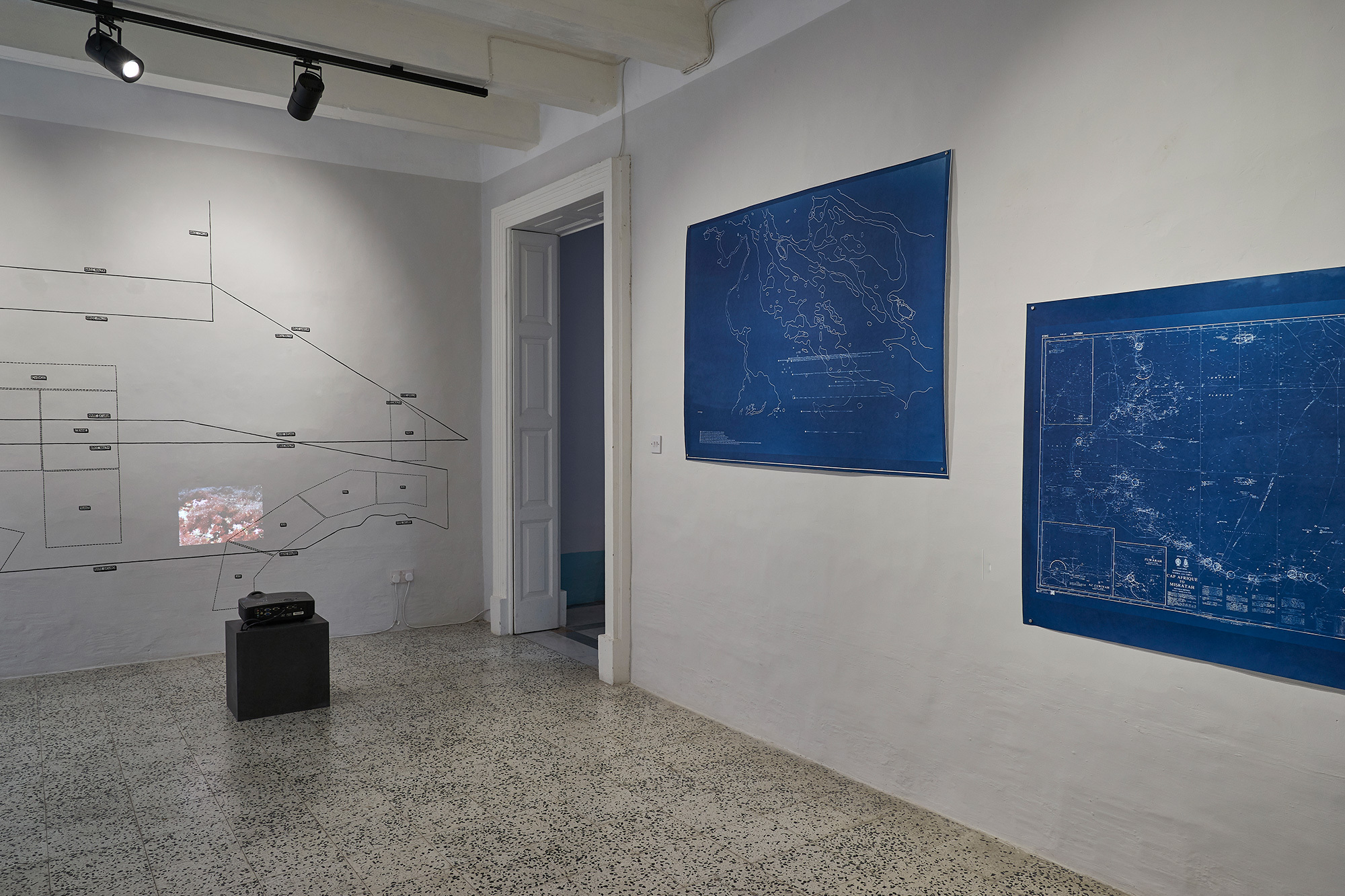 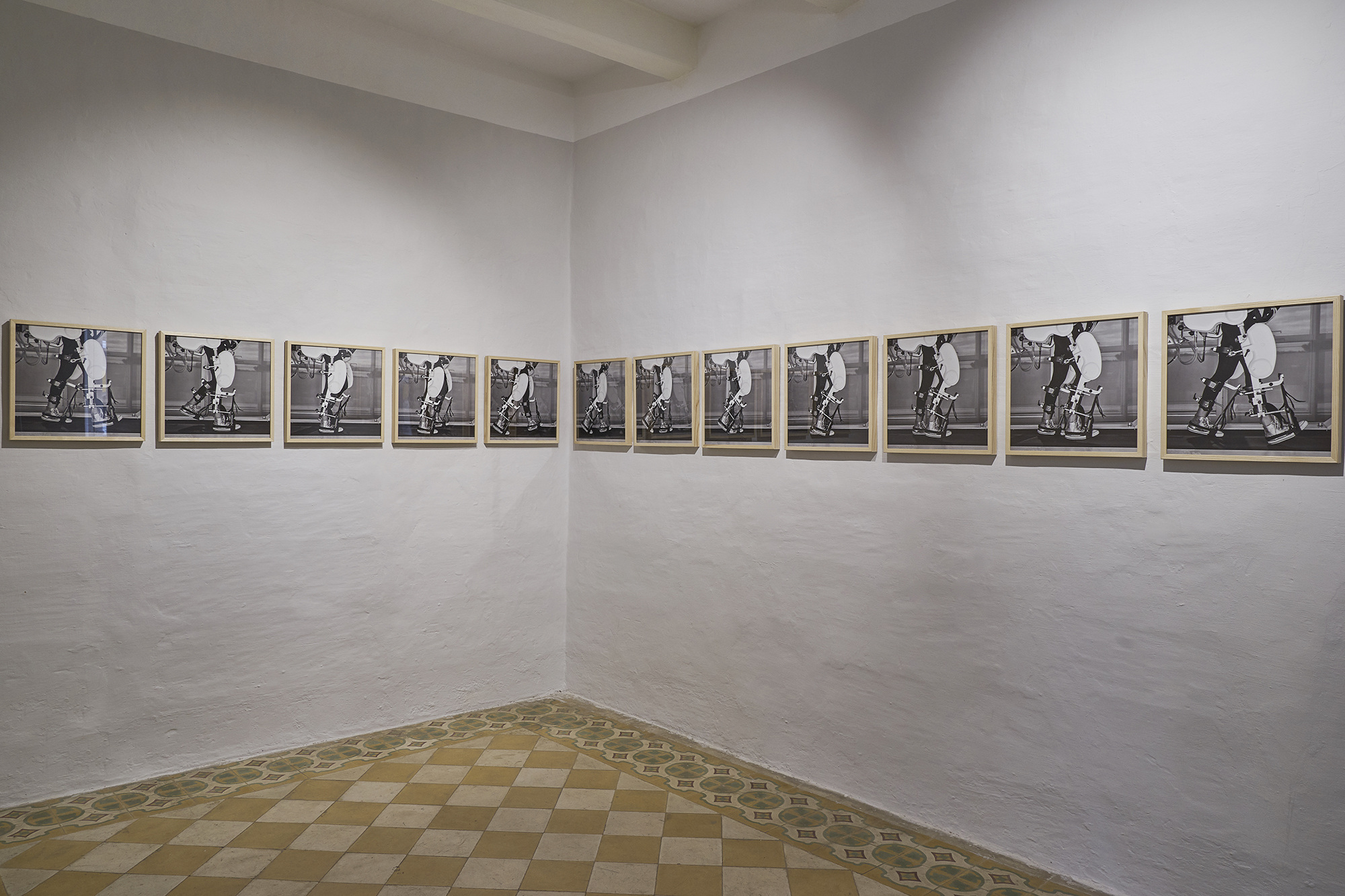 Rossella Biscotti was born in Molfetta, Italy (1978), and currently lives between Rotterdam and Brussels. She graduated from the Accademia di Belle Arti in Naples in 2002, and later attended the prestigious Rijksakademie van Beeldende Kunsten in Amsterdam in 2010-2011. She took part at major international exhibitions, including the 55th Venice Biennale and the 13th Istanbul Biennale (2013), dOCUMENTA 13 (2012), and Manifesta 9 (2012). Her work has been presented in solo exhibitions at Kunsthaus Baselland and Protocinema Istanbul (2018), V-A-C foundation at GULAG History State Museum in Moscow (2016-2017), Museion in Bolzano (2015), Haus Lange Haus Esters in Krefeld, Wiels in Brussels and Sculpture Center in New York (2014), Secession in Vienna and e-flux in New York (2013), CAC Vilnius (2012). She has also exhibited in a number of group exhibitions including at the Kunstmuseum St. Gallen (2018), Van Abbemuseum in Eindhoven and the Swiss Institute New York (2016), the IMMA, Dublin (2015), ICA London and Pinchuk Art Center Kiev (2014), Castello di Rivoli (2012), MAXXI Museum, Roma (2010–11) and Museu Serralves, Porto (2010). Since the debut in the international art scene, she has received many awards. Among others, the DAAD Residency in Berlin (2018-19), the ACACIA Prize for Contemporary Art (2017), Premio della 16^ Quadriennale d’Arte di Roma, which she won with the project The Journey (2016), The Mies van der Rohe Stipend (2013), the Premio Michelangelo at XIV International Sculpture Biennale of Carrara (2010), the Premio Italia Arte Contemporanea of MAXXI Museum, Roma (2010), the 2nd Prix de Rome in the Netherlands (2009), The City of Geneva Grand Prize at the 12th Biennial of Moving Images (2007), and the Premio NY, Italian Ministry of Foreign Affairs in collaboration with the Italian Academy and the Columbia University in New York (2006).