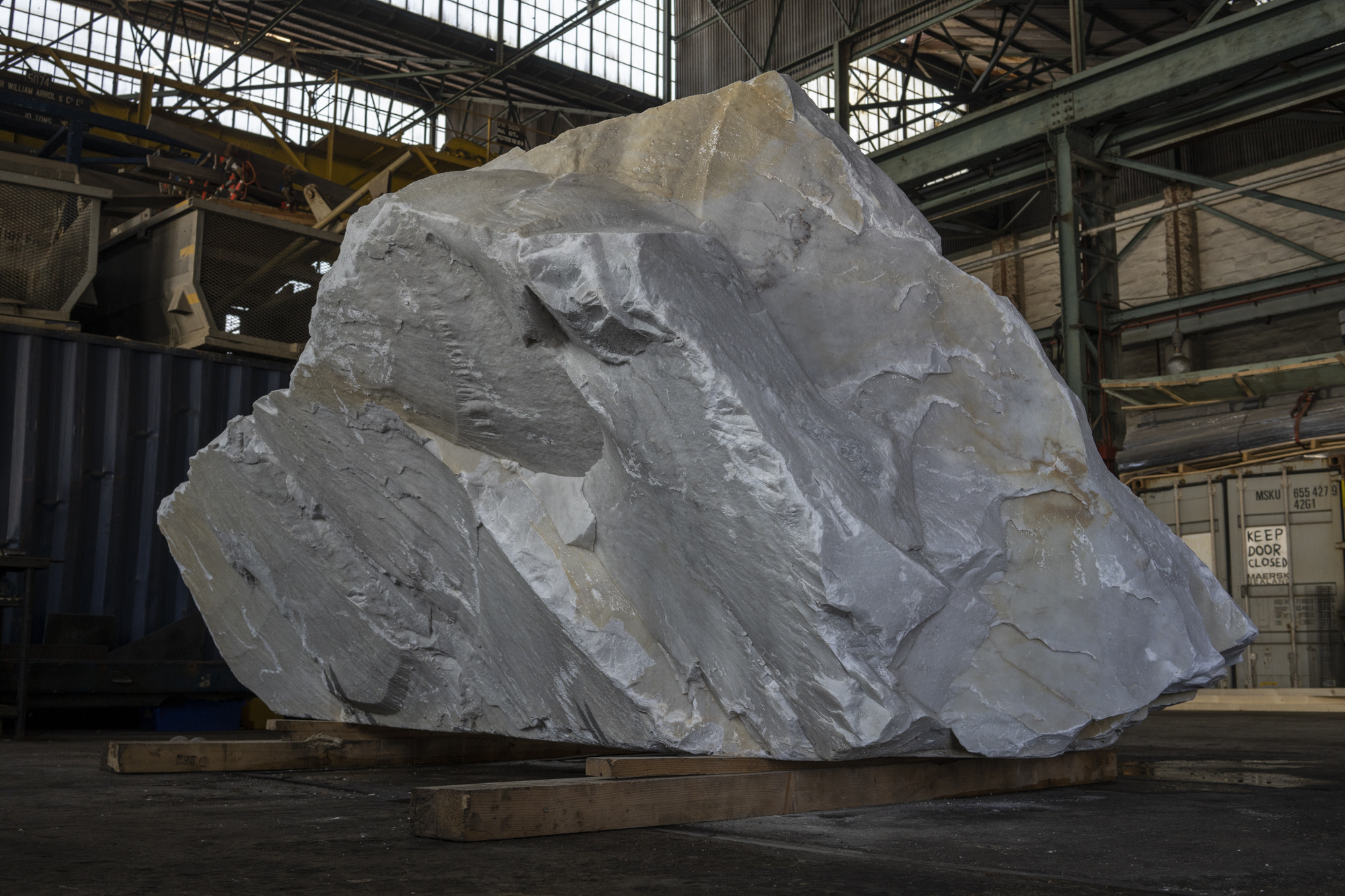 Blitz Valletta is pleased to present The Journey, a performance by artist Rossella Biscotti that will take place in the Mediterranean Sea between 20 and 23 May 2021. The project is curated by Sara Dolfi Agostini and realized in partnership with KunstenFestivalDesArts Brussels and Dream City Festival in Tunis.

Blitz Valletta’s collaboration with artist Rossella Biscotti started in 2019 with her solo exhibition Three Works and A Script, which presented recent productions along her researches for The Journey, an extremely ambitious project which has now found its point of departure in Malta.
I Blitz Valletta’s installation views I Artforum review I

The Journey is a performance of a ship navigating a GPS content-related route inspired by time, history and current geopolitical data researched together with different experts and communities in an area of the Mediterranean Sea between Italy, Malta, Tunisia, Libya. The narrative is centered on the decision and consequences of dropping a 17-ton marble block awarded to the artist by the iconic Michelangelo quarry in Carrara, Italy, yet left untouched. In fact, Rossella Biscotti uses the block as a mechanism to unpack the political, economic and environmental layers of a complex body of water. The point of departure is the island of Malta, a country located in between Europe and Africa, and a collection of maps showing different information comprising data on shipwrecks, cabling, military checks, licenses for energy and oil companies in the deadliest migration route of the Mediterranean Sea. The Journey will evolve in a layered mixed media composition exposing the politics of visibility and invisibility, off-shore exploration and exploitation. 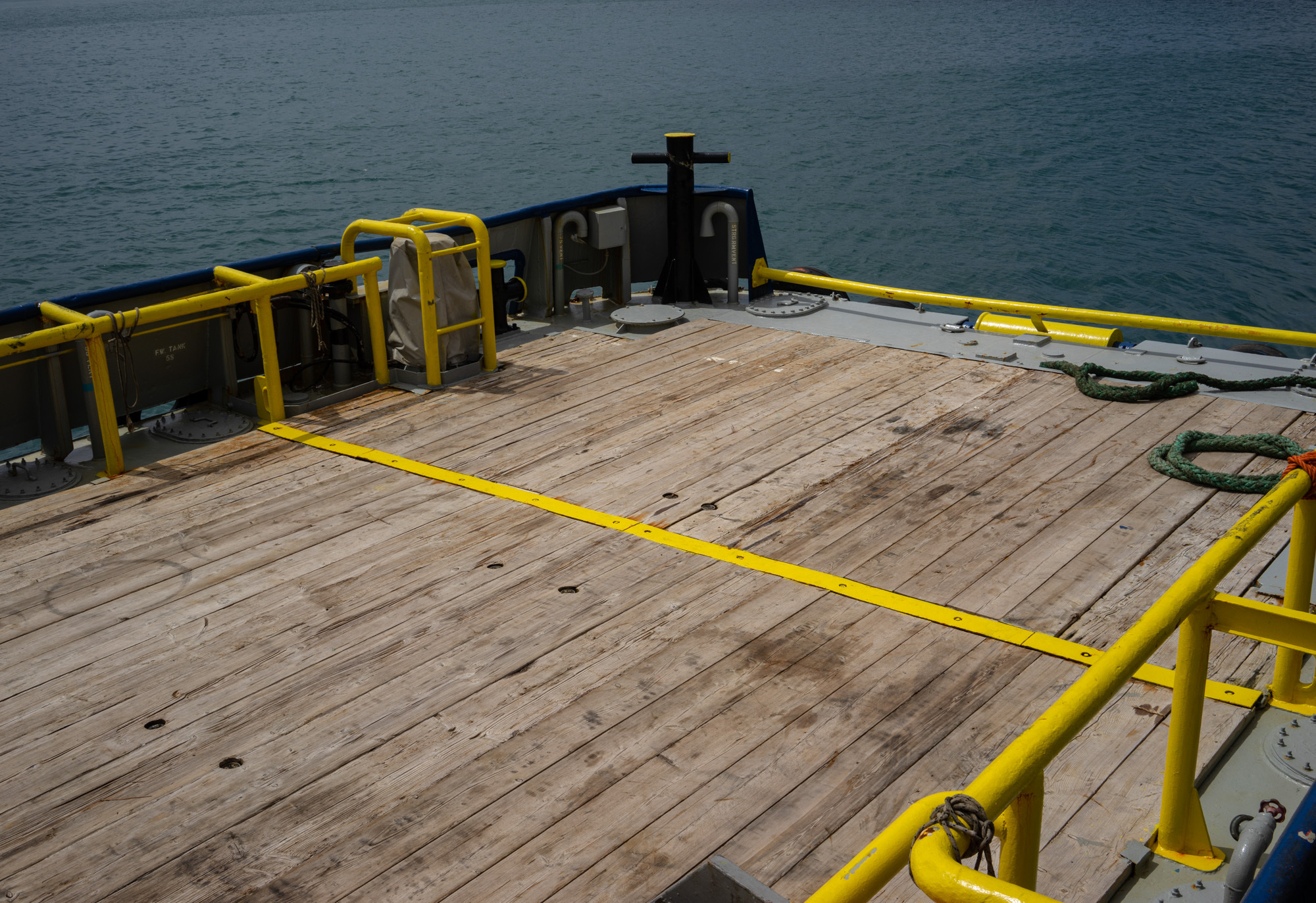 Project developed with: Blitz Valletta | 8th edition of Dream City Festival Tunis within the framework of the project Between Land and Sea. 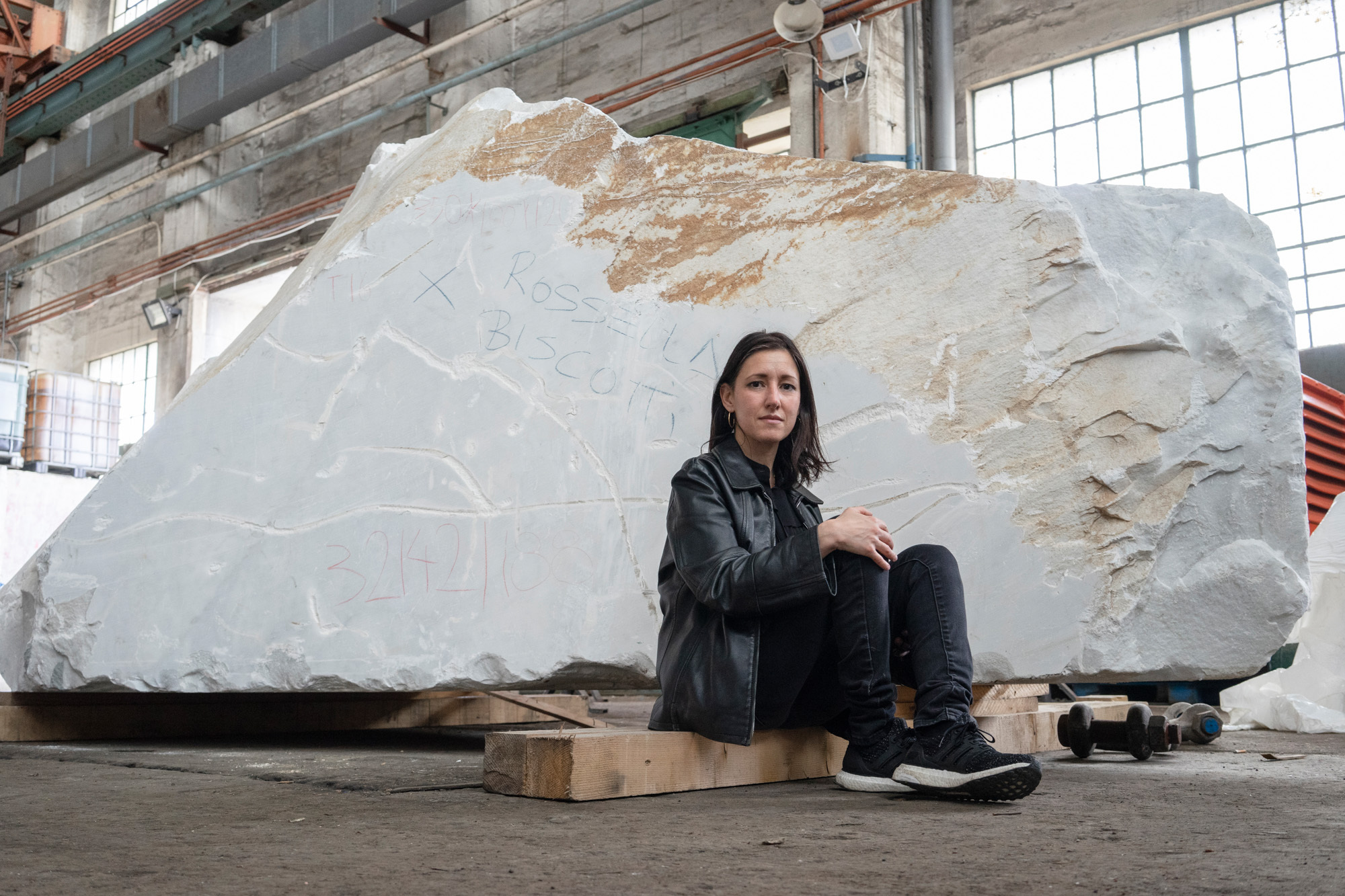 Rossella Biscotti explores modern society reclaiming moments in our present or recent history that unveil the relationship between individuals and the power structures that interfere with their identity and freedom. Every artwork is a context-specific project embedded in a different social reality, committing her practice to new territories through long-term collaborative research. In more than fifteen years of artistic practice, she has sourced expertise from a wide spectrum of disciplines including law, science, engineering, and economics. Biscotti graduated from the Accademia di Belle Arti in Napoli in 2002, an aspect that is important for the hosting institution Madre Museum in Napoli, and later attended the prestigious Rijksakademie van Beeldende Kunsten in Amsterdam in 2010-2011. She took part at major international exhibitions, including Dhaka Art Summit (2020); 16 Sonsbeek (2016); 55th Venice Biennale and the 13th Istanbul Biennale (2013), dOCUMENTA 13 (2012), and Manifesta 9 (2012). Her work has been presented in solo exhibitions at Witte de With Rotterdam (2019), Kunsthaus Baselland and Protocinema Istanbul (2018), V-A-C foundation at GULAG History State Museum in Moscow (2016-2017), Museion in Bolzano (2015), Haus Lange Haus Esters in Krefeld, Wiels in Brussels and Sculpture Center in New York (2014), Secession in Vienna and e-flux in New York (2013), CAC Vilnius (2012). She has also exhibited in a number of group exhibitions including at the Kunstmuseum St. Gallen (2018), Van Abbemuseum in Eindhoven and the Swiss Institute New York (2016), the IMMA, Dublin (2015), ICA London and Pinchuk Art Center Kiev (2014), Castello di Rivoli (2012), MAXXI Museum, Roma (2010–11) and Museu Serralves, Porto (2010). Since the debut in the international art scene, she has received many awards. Among others, the DAAD Residency in Berlin (2018-19), the ACACIA Prize for Contemporary Art (2017), Premio della 16^ Quadriennale d’Arte di Roma, which she won with the project The Journey (2016), The Mies van der Rohe Stipend (2013), the Premio Michelangelo at XIV International Sculpture Biennale of Carrara (2010), the Premio Italia Arte Contemporanea of MAXXI Museum, Roma (2010), the 2nd Prix de Rome in the Netherlands (2009), The City of Geneva Grand Prize at the 12th Biennial of Moving Images (2007), and the Premio NY, Italian Ministry of Foreign Affairs in collaboration with the Italian Academy and the Columbia University in New York (2006).

All photos are courtesy the artist, Blitz Valletta and KunstenFestivalDesArts Brussels I Photos by Alexandra Pace.