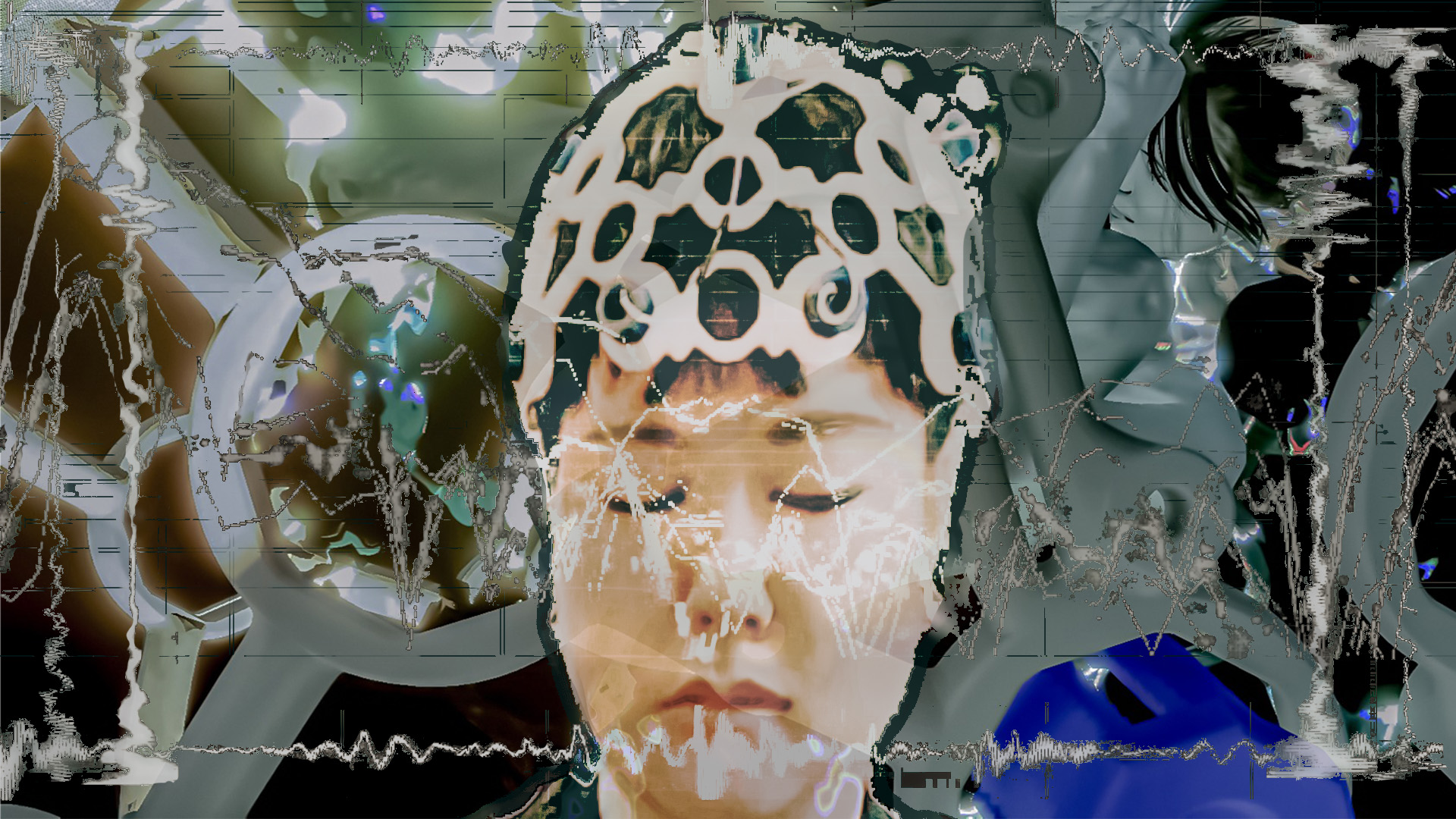 Remembrance: Coral is the first live performance by Chanee Choi, an artist whose practice incorporates machine learning, Artificial Intelligence, Korean shamanic traditions and East Asian crafting aesthetics in an exploration of the poetics of an Alzheimer‘s mind.

Remembrance is an artwork in two chapters, Magma and Coral. The first one, Magma, is a 3D animation introducing Choi’s exploration of the painful process of memory loss and brain degeneration. The artwork, a video, was produced before the Blitz Digital Residency and presented during her dissertation defense of a PhD program in Digital Arts and Experimental Media Department (DXARTS) at The University of Washington.

Now for Coral, the artist has turned the 3D animations of Magma into a videogame whose narrative is controlled by her own brain waves captured with Electroencephalography (EEG) – a headset measuring the electrical activity of the brain with electrodes – and translated into a visual abstraction through the use of AI. The event will be streaming live on Zoom and the audience will be invited to interact through the chat, as the artist’s concentration fluctuates, affecting the experience of the game.

Chanee Choi is a transdisciplinary artist. She has developed a ritualistic craft-based art practice that transcends the conservative and isolationist roots of traditional East Asian craftwork by focusing on a celebration of feminist theory and modern tech. Within this hybrid genre, she produces both embodied and virtual immersive experiences exploring the effect of immigration on issues of identity, and the synesthetic processes of corporeal-cognitive space.

She is originally from South Korea and now lives, works, and studies in Seattle, Washington. She earned her BFA in Craft Design from Dongduk Women’s University in 2013 and MFA in Fiber and Material Studies from the Art Institute of Chicago in 2016. Choi earned a Ph.D. in 3D animation, ML, and Games at DXARTS at the University of Washington.

Following the performance, a recording may be viewed online at www.blitzvalletta.com
30 January to 24 February 2023